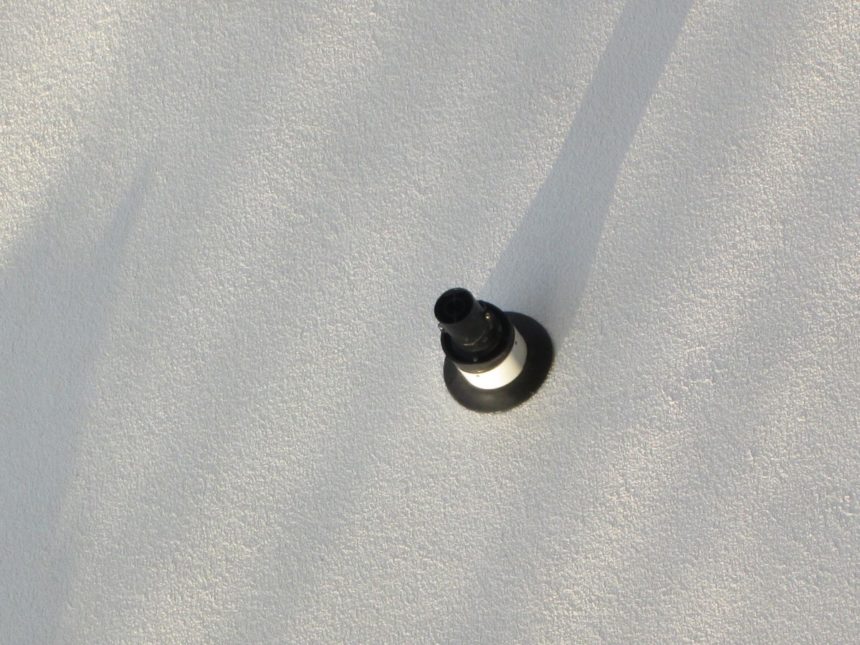 Should I replace my boiler at the same time as insulating my external walls?

Exter­nal solid wall insu­la­tion is a big addi­tion to the fab­ric of your home, so it is worth think­ing – what else should I be doing at the same time to make sure I am get­ting value for money on my instal­la­tion? One pos­si­ble answer might well be to con­sider installing a new boiler!

As you may be aware, a typ­i­cal boiler will have a lit­tle round vent com­ing out of your wall to allow the waste gasses to escape the room. The flue usu­ally sticks out from the wall, and you will often see on a chilly day the steam ris­ing from the side of the house.

In most cases exter­nal solid wall insu­la­tion pro­trudes from the exist­ing wall by 100mm (although this might vary between sup­pli­ers). When you install exter­nal insu­la­tion, as you might expect, you can’t just bury the flue in the insu­la­tion, it needs to be extended out with a flue exten­sion kit that exactly matches the cur­rent model of boiler. This typ­i­cally adds around £200 to the cost of the works.

If you need a new boiler at the same time – you can avoid that extra cost, because the new boiler can have a longer flue installed at the same time at no addi­tional cost. This won’t be the answer for every­one of course – some peo­ple will already have a rel­a­tively mod­ern boiler installed, in which case it will be far most cost effec­tive just to pay for the exten­sion of the flue.

When you have a really old boiler, they quite often come with an open flue – you can nor­mally recog­nise this as a big square metal box on the wall. These are a real issue with solid wall insu­la­tion because you can’t insu­late flush up to them; instead you need to leave 10cm around the perime­ter of the open flue. Like­wise if your boiler is so old there is no flue exten­sion kit avail­able, then you need to leave a gap around it, which again looks pretty strange.

The best solu­tion here if funds allow is to replace the old boiler with a new one – obvi­ously you will also ben­e­fit from the energy sav­ings pro­duced by installing a new, more effi­cient boiler, which will make the pay­back on the solid wall insu­la­tion even quicker (but clearly you need to take into account the cost of the new boiler!)

When you install a boiler today, it must by law be a con­dens­ing boiler. Con­dens­ing boil­ers are more effi­cient than their older coun­ter­parts, but they have an extra pipe that needs to find it’s way to a waste water pipe – it’s called the con­dense pipe. The con­dense pipe is a lit­tle plas­tic tube that runs from the boiler to either the back of the sink, to a down­pipe, or a drain. In many homes, the pipe will go through the exter­nal wall and run out­side.

This pipe will likely have to be extended as part of the works if you are installing exter­nal insu­la­tion, but if you are replac­ing the boiler already, it is some­thing the installer can take into account.

How much will a new boiler cost?

Buy­ing a new boiler will cost around £800 at the local plumbers mer­chant, but the cost of labour to install it and any addi­tional works that are involved will add to the cost, and can mean the end price ranges from £1,300 up to a few thou­sand. Things to look out for are where the boiler is sit­u­ated – if it is on an exter­nal fac­ing wall the cost is going to be cheaper. If your boiler is inter­nal with an inter­nal flue, you are going to be look­ing at a big­ger price tag. If you are look­ing to con­vert from a sys­tem boiler over to a combi boiler the cost is going to be higher as well.

Should I install a boiler when I get my EWI installed?

If your boiler is likely to need chang­ing in the next few years, it might be worth con­sid­er­ing installing a new boiler at the same time. It could end up sav­ing you up to £300 on your EWI cost, and you will end up with a brand new boiler at the same time. If you are get­ting your boiler installed at the moment, and are con­sid­er­ing EWI for the future, make sure you get your flue extended as part of the works, oth­er­wise you will incur addi­tional costs down the line.

Please let us know if you are con­sid­er­ing a new boiler, as Be Con­struc­tive can pro­vide you a quote for a new boiler and EWI at the same time!